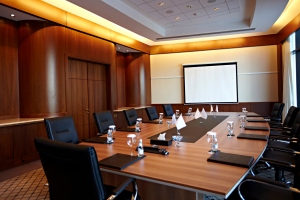 Leaders who work within a governance structure are different than ones who never had governance over them.  We’re experiencing the difference right now in our president’s behavior, and nobody should be surprised at what we see.

Why shouldn’t this be surprising? We implicitly assume that all leaders are accustomed to a governance-based structure because they worked within one before. We get surprised by the behaviors of those who never had governance, because it’s a rare circumstance.

Most all of us have a boss.  Even as a CEO, you have a “boss” because you have a board of directors to whom you’re accountable, or to investors, or both.  When we reflect on recent presidents, they all had bosses too.

President Obama had a boss as a senator; the party leader.  Plus his constituents.  As a law professor, he had a boss in the dean of the faculty or the departmental head.

President Bush had bosses. As governor, it was his constituents and his party. As a businessman, he was on boards of directors where others’ inputs were accommodated by necessity.

However, our president grew up never having a boss.  This is both unusual and very different.

Effectively, he wasn’t ever subject to the governance of independent directors, investors or a supervisor.  As a result, his behaviors never had to accommodate persons in higher authority than himself.

By way of analogy, once in a while a company in the tech industry manages to succeed with the founder’s own bootstrapping. Only later does the company accept outside investment and accept outside investors onto a board of directors.  The longer the time between initial bootstrapping and initial governance, the harder it is on the founder to modify his or her behavior to accept a governance structure for the first time.

I’ve borne witness to multiple of these situations and I can tell you that the founder/CEO seldom adjusts to this change easily if at all.

Now our country is witnessing this phenomenon on a grand scale as our president experiences the initial shock of governance; there is now a unilateralism in virtually everything he does.  This includes but goes beyond having two other branches of government. There are bosses in the form of constituents, the media, other governments, staffers etc.  He can’t order everybody around as he was accustomed to. Apparently he doesn’t like it one bit.

We should not be surprised by any of this given an utter lack of governance in his past, let alone taking his personality into account. If Americans thought they were hiring a typical successful business CEO – who had a board and investors – they overlooked the important difference between the vast majority of CEO’s and this one: governance.

Whether he becomes an effective president or not will depend, in my opinion, on whether he can accept governance over himself for the first time.