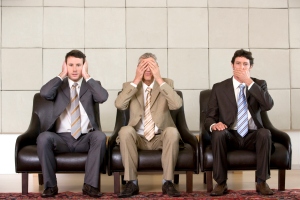 Previously, I wrote about the lack of empathy in our country right now. I argued that empathy is an obligation of parties that are on both sides of a debate / policy / political affiliation.

A tenet that seems to be in common with every major religion is that of honesty. Yet our president, and those around him, are regularly caught lying. In many cases, it appears to be especially willful, wherein the lie is told with full knowledge of the contradictory facts. This pattern is not in dispute if you take the time to read any legitimate watchdog such as Politifact.

So, why isn’t this a basis of outrage? If a fundamental tenet of every religion is being violated by our leaders, where are religious leaders and their constituents?

The effect of normalizing dishonesty is impossible to quantify but real and costly nonetheless:

Another tenet that seems to be in common with all major religions is the duty to care for those less advantaged than us. The weak, the sick, the poor.

These values are so strongly part of our national identity that they are codified in our progressive taxation system.

We live in an era when the need for helping the disadvantaged is acute. We’ve seen a massive economic dislocation over the last 30 years, wherein the twin forces of globalization and automation have eroded our manufacturing base. The blue-collar jobs are gone that used to yield a decent living, a house to own and a means to send one’s kids to college if you so desired.

What are we doing to deal with this? It seems like our administration is making it worse not better:

There’s a segment of Americans who believe that the otherwise admirable principle of “equal opportunity for all” has a symmetric, second principle that one bears no obligation to help anyone else in pursuit of such opportunities. In other words, it’s “American” to be left to your own devices.

I couldn’t disagree more. If we want a truly level playing field, then we must send all players onto it with the same resources: access to education and healthcare.  Nobody with a chronic health condition and poor parents is going to find a way to a college degree, let alone compete for well-paying white-collar jobs.

Eyes on the prize

The plight of the disadvantaged has been talked about more in the last year than arguably since the Johnson era. That can be a good thing.

The narrative of why Trump was elected was that he was the champion and voice of these people when all of Washington had become disinterested in their needs.  It’s a valid argument.

In his actions, it’s not at all clear that these people’s needs are being addressed in the least.

So we must act instead, and do so in a way that is in keeping with our morals.

We can have universal healthcare. As a moral argument, it’s a basic human entitlement. As an economic argument, Massachusetts has proven the long-term viability of the model.  And many industrialized countries have so far as to implement single-payor systems without economic harm. In fact, single-payor systems can dramatically drive down the costs. Witness what we pay for prescription medications versus our neighbors in Canada.

We can have affordable college education. As a moral argument, it’s a way to ensure a level playing field when we send young adults into the workplace. As an economic argument, many industrialized countries have used government money to ensure this. This is an economically sound long-term investment like no other.

We can have progressive taxation. As a moral argument, it’s a clear tenet in our religions. As an economic argument, we’re at a historically low degree of taxation on the wealthy and at a historically high degree of wealth concentration.  This is no clear correlation to broad growth in prosperity such as GDP in such cases. And real income gains for the non-wealthy have stagnated in the last 20-30 years. No wonder the lower middle class is pissed.